How To Catch Big Fish- Tactics, Lures and Tips 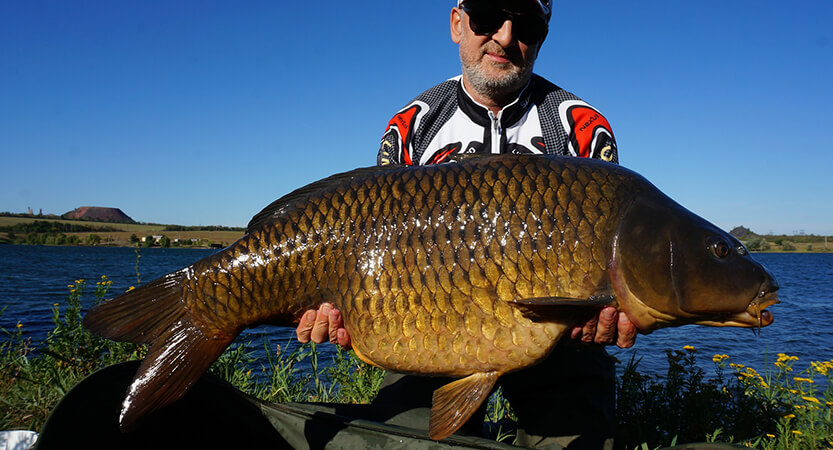 Even if this is your first time picking up a fishing rod, your dreams center around a rich catch. Moreover, not a single beginner wants to catch a trifle: he wants to catch the biggest fish, everyone’s envy. Not the fact that he knows how to handle her: if only he pecked, and then we’ll see. But this is a really amateurish approach: catching large specimens has its own specifics. This needs to be learned.

Yes, a beginner can get lucky, and he unexpectedly and unexpectedly hooks up a freshwater colossus. However, such a case is worthy of the Guinness Book of Records: usually the extraction of trophy specimens is the result of purposeful work in this direction. Everything is important: from preparing special equipment to choosing a location. It will take remarkable patience and skill, but this is not a reason to give up your cherished goal.

In our reservoirs, there are less and less large fish, and this is a scientifically proven fact. However, she is, and she is really caught, but all the photos of happy fishermen with huge trophies have a long background. You need to purposefully hunt for large specimens, deliberately cutting off small things, and only in this case you will be lucky.
Many pros who fish according to this principle return empty from half of the trips, but if they are successful, they demonstrate to their desperately envious colleagues 8-10 kg pikes and carps. Yes, there is some luck here, but the main thing is purposeful preparation, many years of experience and a lot of patience.

It is impossible to cover all the nuances of catching large fish in one article, because even an amateur understands that a record-holder pike and a trophy carp are caught in different ways. In principle, each stage of preparation for the capture of an outstanding specimen of a particular species is worthy of extensive publication. Therefore, today we will only talk about the general principles that an angler should adhere to, counting on catching a solid fish.

Gone are the days when a starving fish of solid size was caught on any tackle – now the preparation of the rig is one of the most important places in the fishing process. Under natural conditions, only the most intelligent, careful and successful representative of the fish fauna can reach large sizes. Therefore, it is important to prepare the tackle in such a way as not to alert the hardened inhabitants of reservoirs: they should not suspect something was wrong.

On the other hand, the delicacy of the rig must be combined with its reliability. When preparing to catch trophy specimens, you should pay attention to the following items of equipment:

You can catch big fish using non-fishing tackle. The leaders in this nomination are all kinds of super-powerful tackle for catching catfish on a kwok, wild-type bottom rods and the whole range of zherlitsa, from winter flags to floating circles. Let’s make a reservation right away: it is very difficult to play a trophy fish without a rod. It is imperative to use gloves, otherwise there is a great risk of severely injuring your hands.

Search for a place

If small and medium-sized fish often walk in flocks, then the trophy giant is always a loner. As a rule, he has a favorite “apartment”, far from which he rarely moves away. Therefore, in this case, it is important to find the place of the most probable deployment of the trophy.

The ideal option is to survey the water area using an echo sounder from a boat, locate the trophy anchorage and hunt for it purposefully. However, not everyone can afford such a device, and some conditions make it very difficult to use.

Therefore, it is recommended to explore the relief of the reservoir using available methods, for example, using a marker float. A very promising deepening is in the center of the river channel, as well as all kinds of pits, whirlpools, islands of aquatic vegetation (in particular, windows of clear water among thickets). Often, large fish “sit” in natural shelters formed by snags and snags. Fishing in such areas is difficult, so you need to try to lure the trophy out of the shelter with the aroma of bait.

In modern conditions, without competent complementary foods, you cannot catch not only a large fish – it is sometimes problematic to pull even small things of a peaceful fish. That is why a fodder mixture should always be present in the arsenal of a modern angler. You can buy a dry mixture in the store and bring it to mind on the pond, you can prepare it yourself – this is what you have more on budget and experience.

Some anglers recommend excluding the fractions that give turbidity from the mixture – this supposedly will allow you to cut off the fines. In fact, this statement has no basis: for example, carp or crucian carp, regardless of their size, are attracted by the nutrient dregs, which it filters out when feeding. Moreover, the fish swims primarily for flavor, so the size of the fraction does not really matter.

They often go for trophies in multi-day sessions, and the first day is devoted exclusively to attaching the fish to the fishing point. How much and how to feed depends on the conditions of a particular reservoir.

In this case, the problem of delivery of the feed mixture to promising places is very urgent. Catching large specimens usually involves long and ultra-long distances, where you definitely cannot throw the stern ball with your hand. Therefore, it becomes necessary to use special devices: self-opening feeders, rockets, catapults, radio-controlled boats, and so on.

Again, you will have to do with general phrases, because you need to talk about the bait for catching a large catfish or carp personally. Therefore, the general principle is to cut off small things as much as possible by using large bait on large hooks.

When fishing for peaceful fish, traditional methods usually use bundles of worms and maggots, garlands of corn, peas, boilies, and so on. Sometimes anglers experiment with more exotic lures such as pieces of fruit. The trophy predator is caught mainly with large live bait or heavy artificial baits, depending on the tackle.

The question of adding attractants to the bait mixture and baits remains open. In the summer, they should be used with the utmost care, since smells in warm water are spread perfectly. In late autumn and winter, you can use flavors more freely, and you should give preference to “animal” odors: the aroma of bloodworms, maggots, worms, dry blood, and so on.

So, we will assume that the promising place is marked and lured, you can uncover and throw gear. Let’s make a reservation right away: you have to be patient. As a rule, large fish come to the bait slowly, and, as mentioned above, there is not enough of it left in the reservoirs. Therefore, when fishing for big fish, you need to be patient, as bites can be expected for hours.

However, sometimes there are exceptions, characteristic mainly for the pre-spawning period. At this fertile time, you can unexpectedly catch a trophy specimen without much preparation, and immediately after casting the tackle.

On the shore, you need to behave with reasonable accuracy: large fish are usually smarter and more careful than small fish. In general, shouting, stomping loudly and splashing in the water unless absolutely necessary is not worth it.

Large fish usually first examines the proposed bait with the help of external sensory systems (in other words, sensitive antennae and lips), and then takes it entirely, without indulging in “sucking”. Sometimes the moment of research is visually unnoticeable, therefore, after a long wait, the bite looks like a complete surprise. It is important not to yawn here, because the pecked fish usually tends to go to their native bushes, from where it will be problematic to extract it.

One of the most problematic moments is playing . Keep the line taut at all times, making full use of the reel drag (if available). If possible, try to lay the trophy on its side, gradually bringing it to the shore. A sharp jerk is guaranteed to lead to line breakage. It is recommended to raise the fish’s head above the water: after swallowing air, it will weaken the heat of resistance.

The final stage of fishing is marked by the use of a landing net – without it, all efforts will be 99% in vain: there is nothing more offensive than a trophy pulled up to the shore, but gone.

The specifics of hunting a large predator

An active hunt for a trophy predator is an even more specific activity than catching large peaceful fish. Here you will not be able to passively wait for the result – you will have to actively experiment with wiring , change places, vary baits and depths.

A spinner focused on trophy fishing works all day long to catch a single fish. But it will be a pike from five kilos in weight, a five-kilogram pike perch or a solid humpback perch. But in 50-70% of cases, the “trophy” returns home empty – this is specific.

On the riverbed and in the pits, trophy-pikemen mainly use heavy jigs and large deep wobblers. Fishing in shallow bays, where outstanding specimens sometimes come across in summer, is carried out mainly by jerking. As you can see, the artillery is very heavy and specific, unsuitable for the prey of small and medium-sized predators.

If you, deep down, dream of capturing a solid trophy, we recommend that you heed our advice:

It is impossible to describe all the nuances of hunting for trophy fish in one article, so you will get the main experience in the course of practical activities directly on the pond.